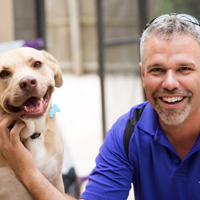 After spending years in the corporate world in fields ranging from industry to real estate, Don decided to follow his true passion in life, dogs. Don cannot remember a time in his life that he was without a dog and he has been told over and over that he has a special connection and bond with them.

Don’s successes in corporate translates to his level of professionalism and dedication to dog training. But only now has he truly found a deeper level of job satisfaction. “To see a problematic dog display confidence when returned to their amazed owner is maybe the greatest gift I can receive! The emotion is repeatedly, clearly displayed on the faces of owners and their gratitude for these big transformations confirms my passion and is the reason I do what I do!”

Don and his girlfriend Becca, our Director of Marketing, currently have four sidekicks: Hendrix, who Don rescued from a hoarder in Manatee who is a lab/pit mix who has permanent scarring on his ears from months of neglected fly bites but is now living large in The Dog Wizard world where he helps Don with socialization projects. Ellie, a high-energy, demanding border collie mix who has a great heart and loves trail running with Rebecca. Quesa, an american bulldog/boxer mix who came to them as a foster but quickly found her way into their hearts. And the newest addition to their pack, Relic, a super smart merle border collie. 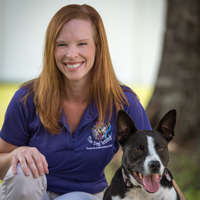 Becca grew up surrounded by animals. In spite of the fact she grew up in the heart of Washington, DC, her childhood home saw everything from the typical cats and dogs to the unexpected duckling and goats. Her family was known as one of two “rescues” in the neighborhood and many a stray animal found their way to them. As an adult, Becca went for a while without dogs. College, family and a busy marketing career left little time to devote to pets but when her daughter was old enough to help, they added a Border Collie named Kiva to their family.

Everything changed a few year ago when someone abandoned a dog by tying him to a telephone pole near the ice rink where her daughter skated. Becca found herself sitting in the dirt for hours, long after everyone else had given up, until the dog trusted her enough to help him. From that day on, she found herself visiting the nearby shelter doing what she could to help. Eventually she started fostering dogs and aiding in rescues and placement. Having the opportunity to use her marketing knowledge in a career that allows her to work with dogs is a dream come true. 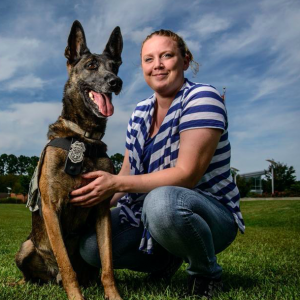 Chloe was born and raised in England and moved to Florida in 2001. She started learning how to train dogs when she was 10 years old with her first personal dog, Sherry, a Yorkshire Terrier.

In 2006, she joined the US Army as a Behavioral Health Technician and put her training to the side. While active duty, she volunteered at the Humane Society, interned under a trainer and taught group classes and private lessons, and volunteered at the local animal shelters. She also provided free basic obedience training to spouses of deployed Service Members and formed and ran a nonprofit that helped pay for retired Military and Law Enforcement K9s medical expenses and helped find homes for those that weren’t able to be adopted by their handlers.

Although she still attended as many conferences and training events as she could, she knew she wanted to do it more so after 10 years, four duty stations, and a brief stint in Iraq, she left the Army to pursue training as a career.

She attended the Professional and Master Trainer course at the Tom Rose School in January 2017. While there she gained a wealth of knowledge in various disciplines from advanced obedience, detection, and protection work. She is a certified AKC CGC and Trick Dog instructor and evaluator and an active participant in dock diving, lure coursing, competitive obedience, tracking/trailing, and PSA with her 2 Belgian Malinois, Dutch Shepherd, and a Corgi. 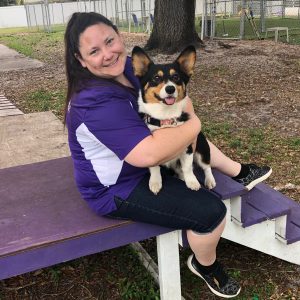 Liz grew up in Columbus, Ohio where she started working with dogs when she was sixteen. Unsure if dog training could ever be a career, she went the traditional college route, earning a BA in psychology with a focus on behavior management. But dogs remained her passion and she enrolled in a program at the University of Washington where she was certified in applied animal behavior.

Liz has been training for eight years and makes it her personal goal to help her human clients communicate better with their dogs. She has an incredible ability to not just understand the dogs she works with, but the people as well. When she’s not working, you’ll find her hanging out with her catahoula leopard dog named Kyah. 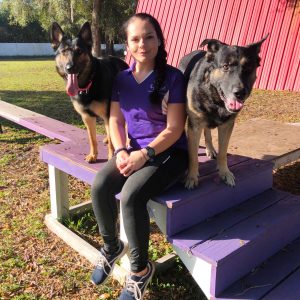 Marissa was always meant to be a dog trainer. She grew up in a household where her father trained service dogs for 35 years. His passion for dogs and helping people no doubt inspired her to follow in his footsteps.

Marissa has been training dogs for more than seven years. She has competed and trained throughout New England and has done agility, nose work, scent detection, and more. She has competed in IPO and currently competes in French Ring. Marissa has two German Shepherds, Terra and Dynamo. 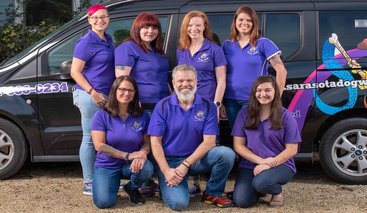 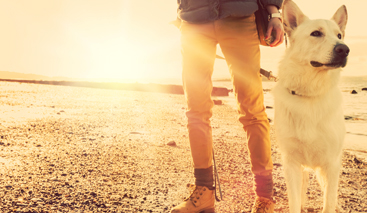 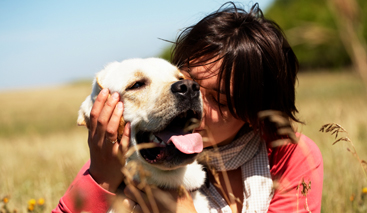